As I worked on a project I was looking to submit for an application, my computer terminal keep return to me the following.

‘master branch and ‘origin/master’ have diverged, how to ‘undiverge’ branches’ 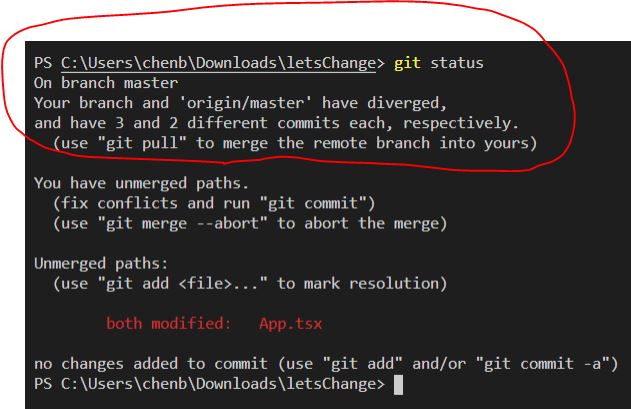 Which i have to tell you was annoying as hell. So after Hours of debugging, Here are what is important and learned.

When you get a message such as “

What is going on here?

Assume you updated Branch G, then Q. but you push branch Q to the origin before G, it will work, then issue is when you attempt to push branch G now, you will get the error mentioned above.

Commit C’ is a new commit created by the git rebase command.

It is different from C in two ways:

It has a different history: B instead of A. Its content accounts for changes in both B and C; it is the same as M from the merge example.

Hint: that the history behind C’ is still linear.

We have chosen (for now) to allow only linear history in cmake.org. Can visit cmake.org for details.

This approach preserves the CVS-based workflow used previously and may ease the transition. An attempt to push C’ into our repository will work (assuming you have permissions and no one has pushed while you were rebasing). The git pull command provides a shorthand way to fetch from origin and rebase local work on it:

Advantages: More clean/linear git history that would help people to find what caused the regression quicker and easier if any.

Rule of thumb: Frequently rebase your feature branch to make the process of resolving conflict easier in the future.